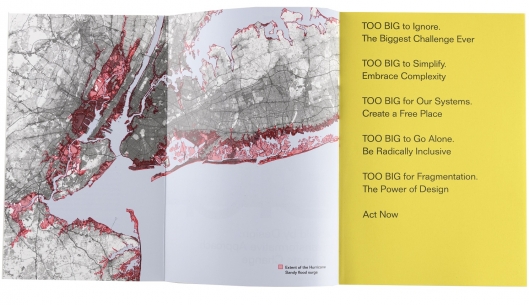 How are coastal regions affected by sea level rise and extreme weather events? Which politics and power dynamics are at play in confronting climate change? And what are possible paths forward?

2018 broke all records. A greater number of violent storms than usual brought devastation to the Mariana Islands, the Philippines, Vietnam, the Korean peninsula and Tonga, while hurricanes Florence and Michael caused substantial damage in the US. Wildfires raged in Greece, Canada and California, while floods displaced over 1,4 million in Kerala, India. All across the globe, both scientists and civilians, are noticing rapidly rising sea levels, and higher tides pushing more water into the places we live.

In his latest book The Water Will Come: Rising Seas, Sinking Cities, and the Remaking of the Civilized World acclaimed American writer and journalist Jeff Goodell gives the definitive account of the coming water. As he travels across twelve countries and reports from the front lines, he employs fact, science, and first-person, on-the-ground journalism to emphasize how the climate is already changing the world as we know it.

So what to do? How could we resolve the issues before us and prepare for an uncertain future? Who will take responsibility in a world that is more globalised than ever? And is traditional politics capable of producing answers and solutions, while civilians – like the gilets jaunes movement in France – are turning against their leaders?

Amidst this turmoil, Jeff Goodell will give a public talk at De Dépendance, followed by a conversation with Henk Ovink, first Special Envoy for International Water Affairs for the Kingdom of The Netherlands and Marleen van Rijswick, professor of European and Dutch water law. The evening is moderated by Geert Maarse.

is a contributing editor at Rolling Stone and the author of five books, including Big Coal: The Dirty Secret Behind America’s Energy Futureand How to Cool the Planet: Geo-engineering and the Audacious Quest to Fix Earth’s Climate (Grantham Prize Award of Special Merit, 2011). His latest book, The Water Will Come: Rising Seas, Sinking Cities, and the Remaking of the Civilized World was awarded the New York Times Critics Top Book of 2017 and selected by the Washington Post as one of the 50 best non-fiction books the year. As a commentator on energy and climate issues, Goodell has appeared on NPR, MSNBC, CNN, CNBC, ABC, Fox News and The Oprah Winfrey Show.

is the first Special Envoy for International Water Affairs for the Kingdom of The Netherlands and Sherpa to the UN / World Bank High Level Panel on Water. He served on President Obama’s Hurricane Sandy Rebuilding Task Force and was Principal for Rebuild by Design. He was Curator for the 5th International Architecture Biennale Rotterdam 2012 and teaches at the London School of Economics and at Harvard GSD. In 2018 he published the book TOO BIG – Rebuild by Design: A Transformative Approach to Climate Change.

is professor of European and Dutch Water Law and director of the Utrecht Centre for Water, Oceans and Sustainability Law. Her research topics include flood protection, water resource distribution, urban water management and the ways in which jurisdiction can contribute to a sustainable and equitable use of water. She participates in the Water Governance Initiative of the OECD and teached in Paris, Wuhan, Malta, Como, Leuven, Warsaw and Edinburgh. Marleen van Rijswick published in many international and national journals and books and is co-author of European and Dutch Water Law. She also works as a substitute judge at the district court of Oost-Brabant.

Join us for a debate on climate cities on January 16 at the Hofpleintheater Rotterdam.

Organized by De Dépendance in collaboration with Henk Ovink, Special Envoy International Water Affairs and Hofpleintheater. This program is part of the project Research by Debate and kindly supported by the Creative Industries Fund NL, The Municipality of Rotterdam, the Erasmusstichting, the Fleur Groenendijk Foundation, and STOER.