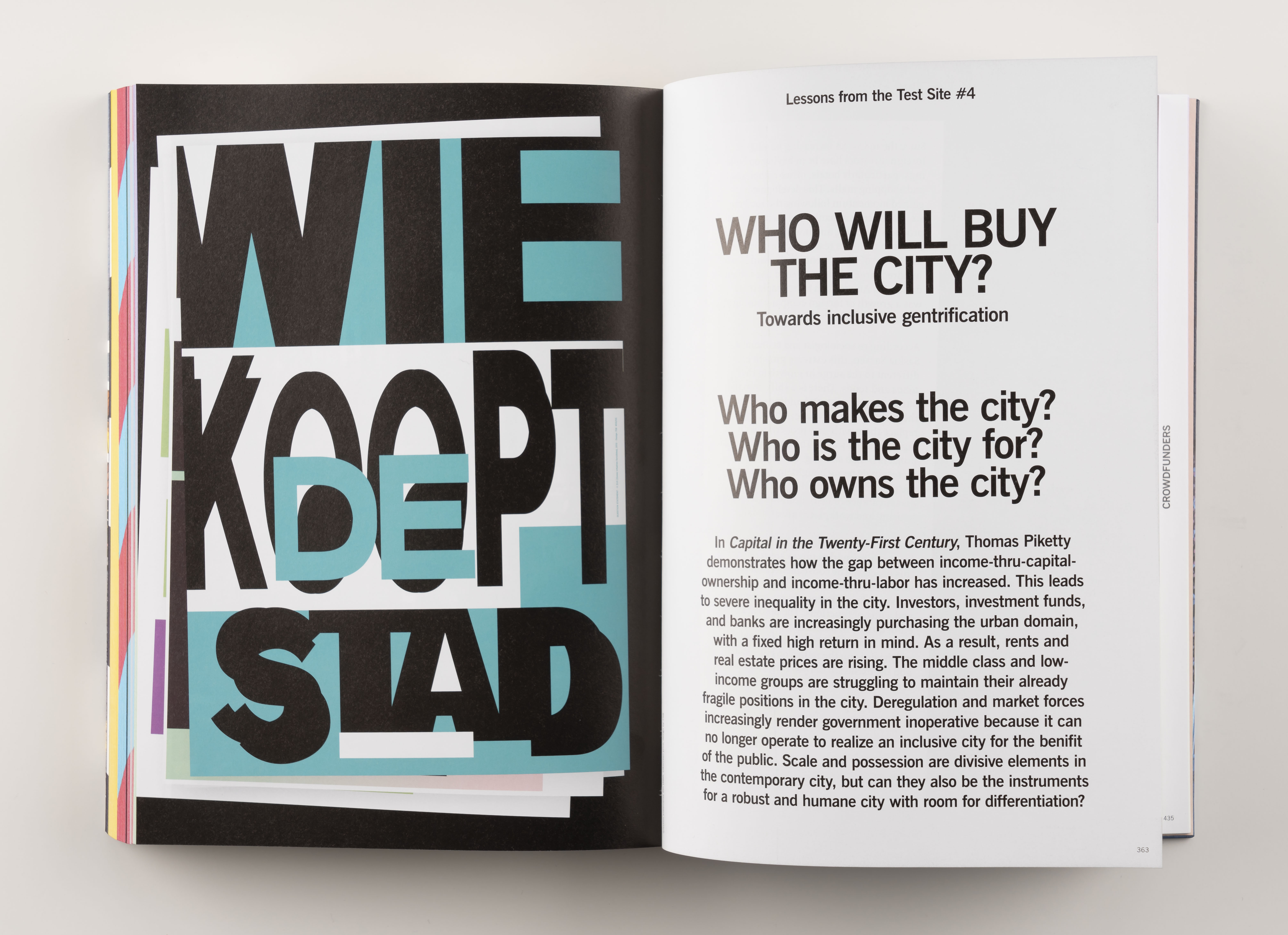 WeMakeThe.City is a festival that will focus on the improvement of cities. nai010 publishers joins the festival and presents the latest books, authors and thinkers on cities. Together we will make the city more livable, sustainable, safer, smarter and climate proof. Subscribe and join our events!

Join us for the book launch of two new books. Two architectural couples. And over fifteen years of commitment to the research of, intervening in and experimenting with permanent temporality in cities. At this double book-presentation, DAAR-architects Sandi Hilal & Alessandro Petti meet ZUS-designers Elma van Boxel & Kristian Koreman in a conversation on their passion for the experiment, urban planning, and the city.

Despite the similarity in titles, these two books describe very different worlds. City of Permanent Temporality is a handbook for bottom-up urbanisation in Rotterdam, written by ZUS-designers Elma van Boxel and Kristian Koreman: their temporary interventions in Luchtsingel and Schieblock are linked to long-term thinking in urban development. In Permanent Temporariness, Sandi Hilal and Alessandro Petti go back to architectural interventions in refugee camps in Palestine, where temporality has a completely different cultural and political context. How do these two worlds find each other in terms of temporality, architecture, and urbanisation?

From a period of severe crisis and extreme megalomania, a unique piece of the city has emerged in Rotterdam. Using unconventional strategies and radical forms of city making, Elma van Boxel and Kristian Koreman (ZUS) have forged new connections between architecture, economy, politics, and public space. City of Permanent Temporality is a journal, project exhibit and a theory for a city in continuous transformation, where bricks & mortar and people continue to adapt, without ever being complete.

Book launch - To Build a City in Africa

Worldwide, but especially in the Global South, fast processes of urbanization are changing and shaping the cities of tomorrow -but for whom? In their newest book To Build a City in Africa, authors Michelle Provoost & Rachel Keeton describe how the African New Towns trend caters to middle- and upperincome groups, while disregarding the majority of the (low-income) urban dwellers. The authors explore the complex implications of new developments through interviews with different stakeholders, in-depth case studies of five African New Towns, and essays that elaborate specific issues connected to New Towns in Africa.

Wednesday June 19th, Michelle Provoost and Rachel Keaton will have a conversation with special guest Alfredo Brillembourg: How do informal urban interventions interact, meet and challenge urban masterplans? And how can formal and informal urban planning contribute to inclusive cities?

Over the timespan of just one generation, the planet’s pace of urbanisation has dramatically increased. New challenges have emerged which deeply question the validity of the post-war planning paradigms. What is the impact on the work of the urban designer, and how can the profession prepare itself for the future? A night with several leading practitioners, working in different European cities.

For his book, Designing Change, Eric Firley, a professor at the University of Miami School of Architecture, interviewed twelve leading practicing urban designers from three continents. Firley wanted to know how their profession changed over the last decades and which they consider being the big challenges to come. During this event, we focus on two of those challenges: participation and density. Adriaan Geuze, Paola Viganò and Bruno Fortier will demonstrate cases and discuss those two topics.