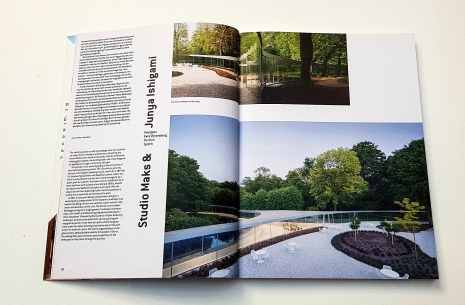 The shortlist for the Mies van der Rohe Award 2019 has recently been announced. The list contains 40 projects spread throughout Europe, two of which have been selected in the Netherlands. These two projects have been featured before in Architecture in the Netherlands Yearbook 2017/2018.

The Mies van der Rohe Award is an award granted every two years to acknowledge and reward quality architectural production in Europe. Candidates for the Award are put forward by a broad group of independent experts from all over Europe. The jury, among others consisting of Angelika Fitz, Frank Mcdonald and Dorte Mandrup, select 40 projects for the shortlist, out of which 5 finalists will be chosen. After visiting the projects in the finale, the winner will be announced by the jury in May.

“More and more people see, feel and experience that architecture is not anymore about selfreferentiality, about doing the most chic and shiny. Instead, it is really about improving our lives and the way we live together.”

- Jury member Angelika Fitz, cultural theorist and director of the architecture center in Vienna, during the consultation for the shortlist in Barcelona.

The visitors pavilion on the Vijversburg estate, by STUDIO MAKS and JUNYA.ISHIGAMI+ASSOCIATES, is a culture park around a country estate in Friesland. The pavilion is the crowning glory of the renovation of this historical country estate. Park Vijversburg has been designed as part of the landscape and looks like a Fata Morgana with its sloping glass facade. The manor and the park are both listed as National Monuments.

For over a hundred years Musis Sacrum in Arnhem has been the home and concert hall of the city’s philharmonic orchestra, Gelders Orkest. The building has been refurbished by architectural firm Van Dongen en Koschuch.They designed the new Parkzaal auditorium in Musis Sacrum as a ‘pavilion’, prominently positioned in the existing park. Remarkable are the new public spaces directly connected to the park. The glass wall behind the stage can be opened to hold outdoor concerts in the park.

Architecture in the Netherlands Yearbook

Want to know more? Order the yearbook here for more information, illustrations and photo’s of these and other impressive projects!