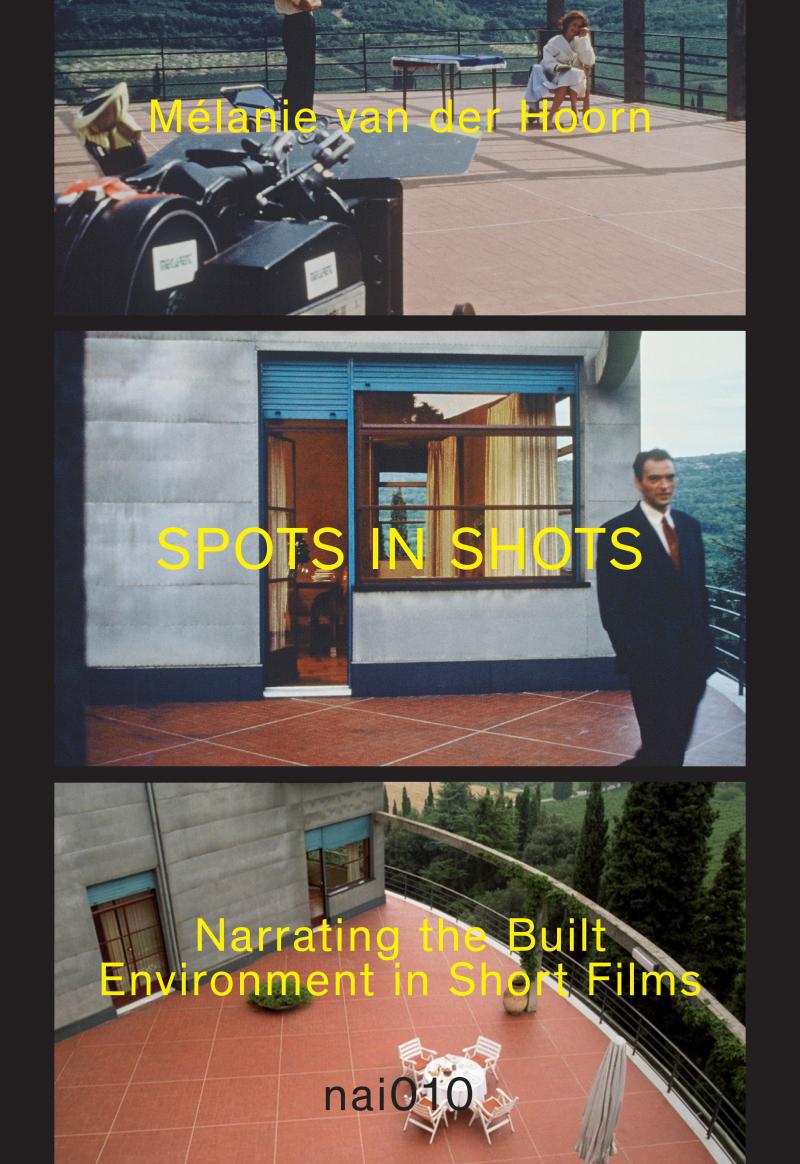 See all the films at www.spotsinshots.nl, unique acces code in the book!

> The sequel to Bakstenen & ballonnen. Architectuur in stripvorm

From Le Corbusier to MVRDV and from Diller+Scofidio to Peter Eisenman: architects have been setting their sights on film ever since the late 1920s, exploring how this medium can improve the representation and communication of architecture and urban design.

The makers of the films in Spots in Shots allow us to experience the built world in surprising and enriching ways. They take an oblique look at architecture, aiming not so much to convey information about material, construction and finishing, as to present buildings and places through the vicissitudes, emotions and thoughts of real or fictitious people.

After an introduction to the genre, author Mélanie van der Hoorn presents a historical overview of the ‘canon’ of architecture films since the start of the twentieth century, followed by a discussion of where short architecture films ‘reside’: at festivals, on specialized websites, in museum collections. In the second part of the book, she discusses a selection of 36 short architecture films made since 1990, drawing on exhaustive interviews with the makers to shed light on how the films were conceived, distributed and received.

Van der Hoorn has put together a careful and engaging selection of short films. It is a very colorful collection: from animated and art films via tenant participation films to architectural sales pitches in film form. In her selection she hasn’t put a foot wrong, and Van der Hoorn knows the art of seductively describing a film without revealing too much… - Wies Sanders, archined.nl