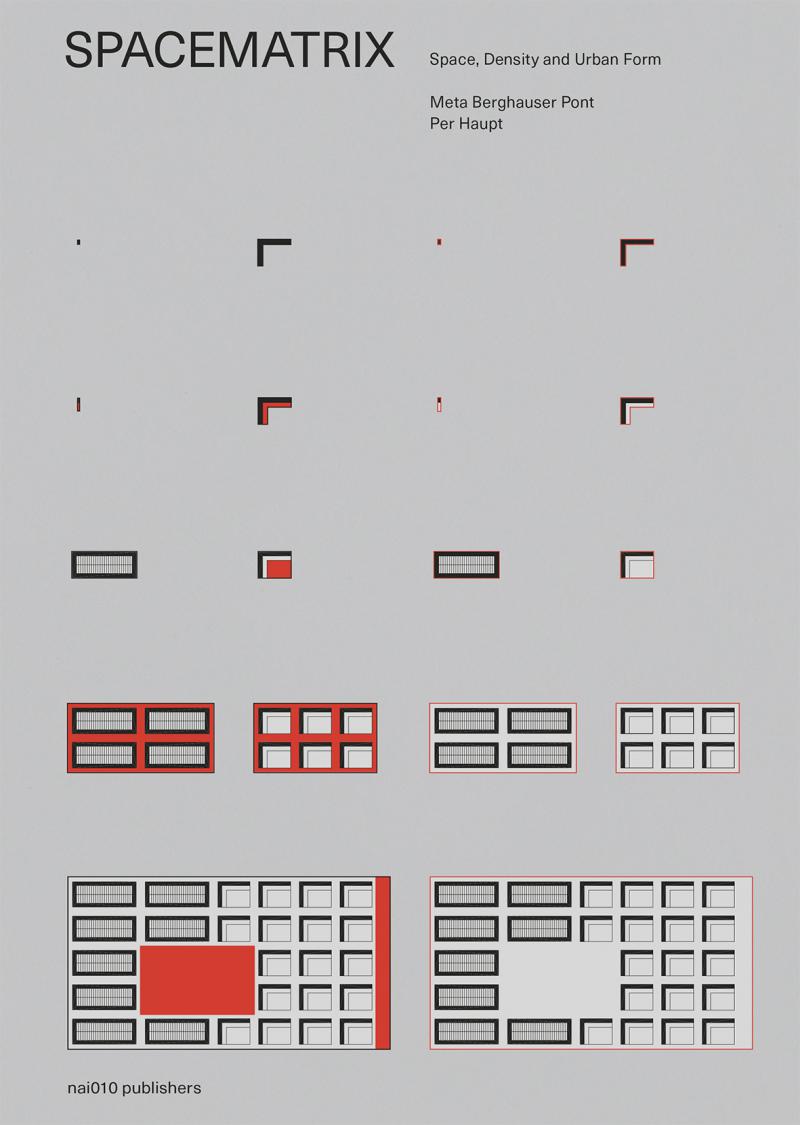 Spacematrix explores the potential of urban density as a tool for urban planning and design.
This revised and extended edition of Meta Berghauser Pont and Per Haupt’s 2010 volume includes an extensive analysis of the relations between density, urban form and performance – a prerequisite for understanding and successfully predicting the effects of specific designs and planning proposals. The density database that is an integral part of the book has been expanded and now includes 142 examples from five capitals in Europe as well as examples from Asia.
Berghauser Pont and Haupt demystify the use of concepts such as ‘urbanity’, ‘compact city’ and ‘park city’ by challenging the reliability of such concepts and critically examining the possibility of redefining them through quantification using multiple density measures.
Spacematrix is of interest to professionals working in the field of urbanism, such as architects, urban planners and designers, as well as developers, economists, engineers and policymakers. It also offers researchers a method to quantitatively describe urban form and connect this to a wide range of performances.

ISBN 978-94-6208-538-1 | March 2021 | available | Meta Berghauser Pont, Per Haupt | design: Studio Joost Grootens | English | hardcover | 17 x 24 cm | 288 pages | illustrated (200 b/w) | with support from: This book was made possible in part by the generous support of the Department of Architecture and Civil Engineering, Chalmers University of Technology and the Swedish Research Council Formas