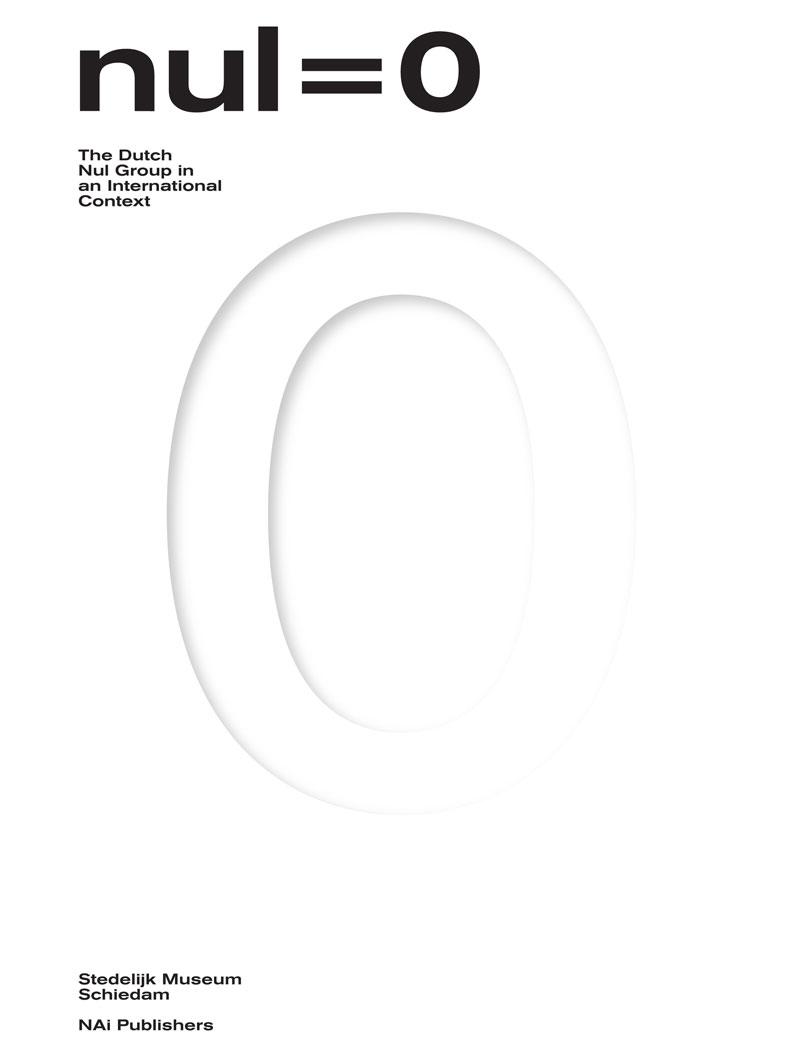 The Dutch Nul Group in an International Context

Exhibition at the Stedelijk Museum Schiedam from 11 September 2011 to 22 January 2012, organized in association with the Zero Foundation, Düsseldorf
Elected as Best Dutch Book Design 2011!

The publication nul = 0: The Dutch Nul Group in an International Context reveals the artistic principles of the Nul movement. Leading international writers reconstruct the developments and collaborations of the Dutch Nul group with its spiritual brethren: the artists of the German Zero, the French Nouveau Réalisme, Italy’s Azimut Group and the Japanese Gutai Group, as well as individual artists like Yves Klein, Yayoi Kusama and Lucio Fontana. Given the current generation of artists’ rediscovery of such elements as time and space, light and motion, the achievements of these artists are now more relevant than ever.
The members of the legendary Dutch Nul Group, declared phenomena issued from reality to be art and emphasized the beauty of serenity, repetition and uniformity in their work. The Nul artists rejected the stereotypical idea of the bohemian in a paint-splattered smock and were inspired by the technological advances of the emerging consumer society. Together they worked on manifestos and publications and organized international exhibitions with like-minded artists. In the process they set the tone for a new artistic climate in the Netherlands and, with the artists of the international ZERO movement, contributed to a watershed in the visual arts that presaged conceptual art, land art and minimalist art.