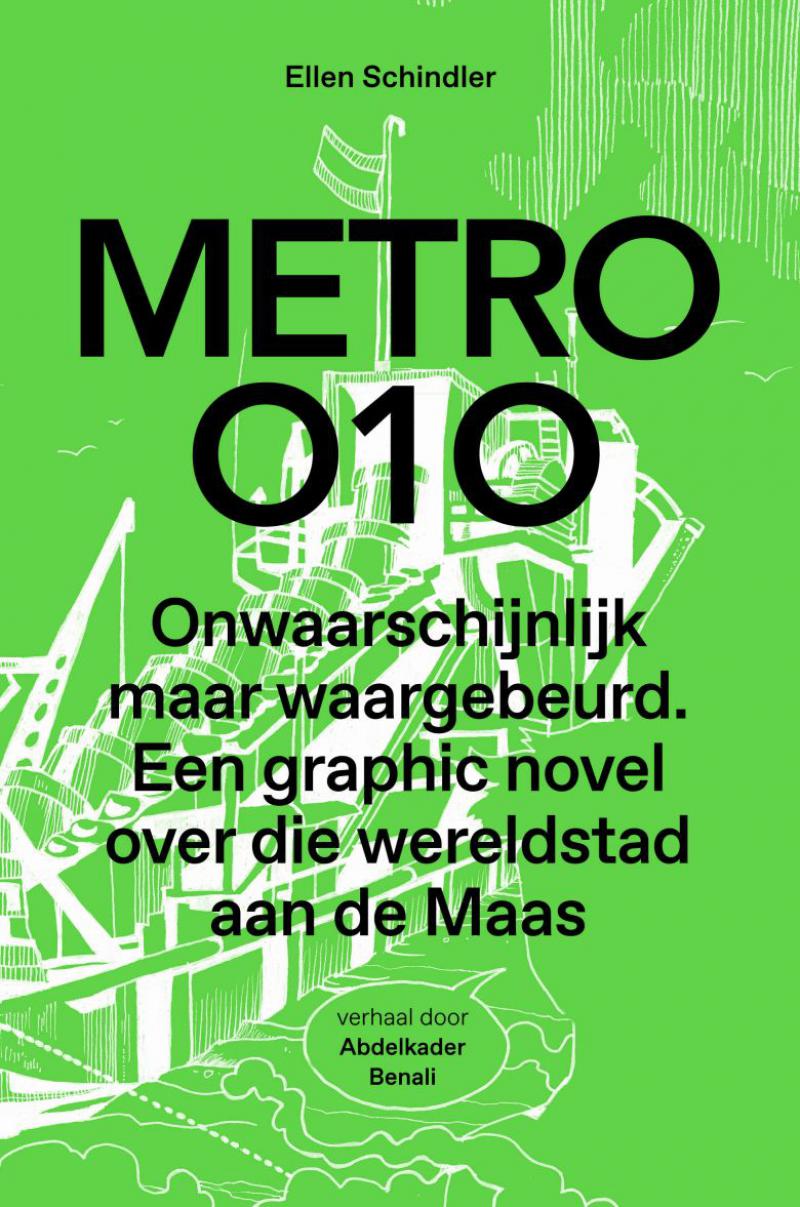 Everyone is a City Maker

The beautiful and compelling illustrations not only invite you to read, but also make you want to get started right away - Riek Bakker, former director Urban Development, city of Rotterdam.

When you get to know a city you start to love it, and you take care of what you love - Jeroen de Willigen, partner | creative director De Zwarte Hond.

> Unique graphic novel on Rotterdam’s historical development and its future
> Storyline written by Abdelkader Benali
> News in amongst others NRC, Volkskrant & Trouw

Whoever you are and wherever you come from: if you come to Rotterdam and want to know more about the bustling port city on the River Meuse, then this book is for you. METRO 010 is about the major historical events that shaped city, and shows ways to imagine its future, too.

The story begins in a distant past, when Rotterdam was no more than a village of fishermen. It ends in 2050 - the future of the city. A city that was not created at one moment, by one person, but made over the centuries, by many. And that includes you, as well as every inhabitant or visitor. Metro 010 is an invitation to explore the past and present of the city, and get involved in its future.

In this richly illustrated visual story, author Abdelkader Benali follows the development of the city, from the first dam in the River Rotte, via Rotterdam as a water city and, later, a port city, to the horrendous bombing in WOII and subsequent rebuilding. METRO 010 is a compelling historical and urban planning narrative, but also a call to action. The book shows in an inspiring way how you can influence the development of your own street, neighbourhood, city. You have a voice, use it!