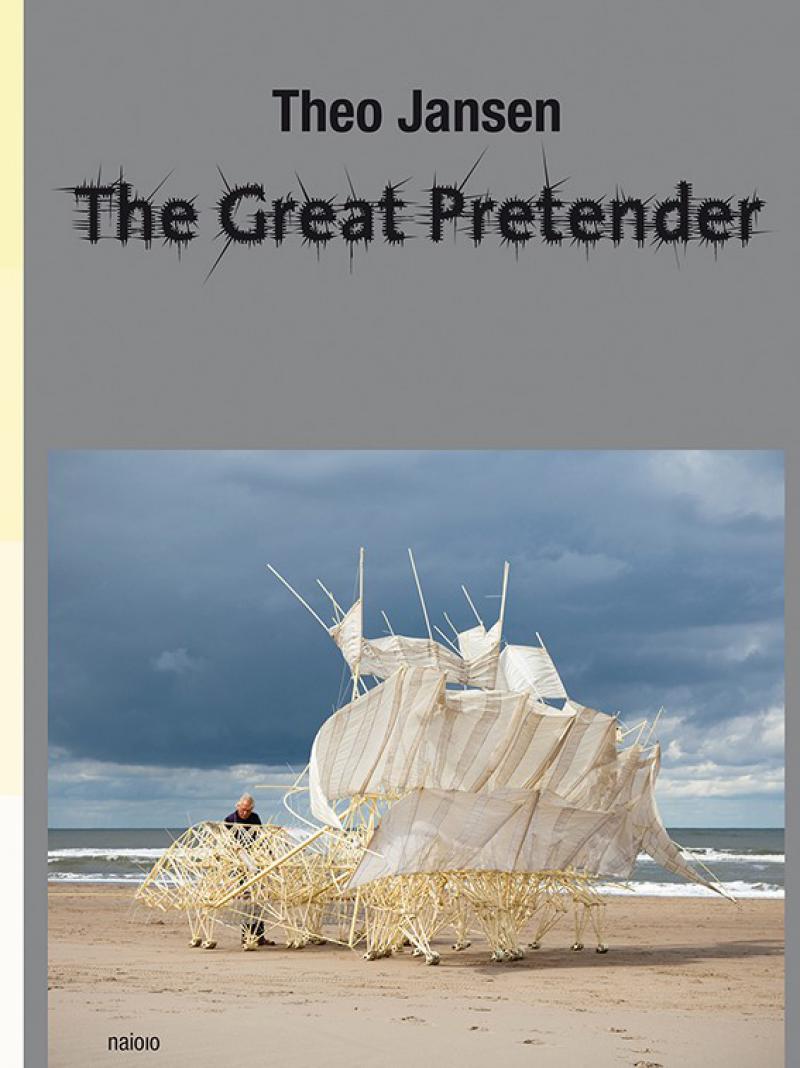 "To see inanimate stuff come to life is wild, shiver-inducing—like seeing a haystack do the Macarena." - Ian Frazier, The New Yorker

Delft-based artist Theo Jansen (b. 1948) became world-famous with his ingenious and impressive beach beasts. The artist has been working on these new forms of life since 1990. Rather than from protein, like existing forms of life, beach beasts are made of a different kind of primordial material: PVC electrical conduits. They get their energy from wind and therefore, unlike regular animals, they do not have to eat. The beach beasts’ evolution extends over many generations, until they learned to better survive storms and sea water. Eventually, Theo Jansen wants to establish herds of these animals on the beaches. Repeating creation in this way, he hopes to learn more about existing nature: after all, he is encountering the same problems as the actual creator. This book recounts his experiences as God. ‘It’s not easy to be God, you face many disappointments. But on the few occasions that things work out, God is very happy.’